Visiting the Blue Mountain in Jamaica 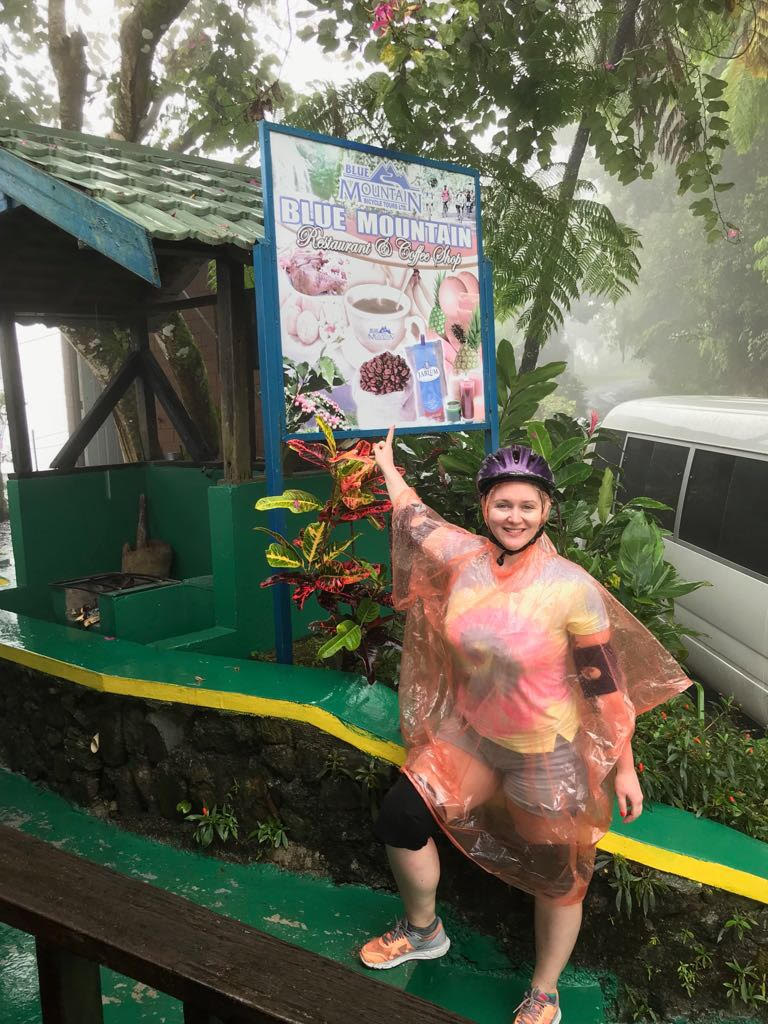 This March I had the opportunity to see some coffee up close and personal during a
bike tour in the Blue Mountain region while on vacation in Jamaica. Although the
tour I was on was not specifically a coffee tour, we did have the opportunity to see
some coffee plants in their natural habitat.
After a three hour drive from Ocho Rios through the Jamaican countryside, the bus
dropped us off near the Blue Mountain Peak, at a height of 2.256 m, and we cruised
down the side of a mountain on bicycles, in the rain – and it was beautiful! I have
never been in such a lush, gorgeous environment before. 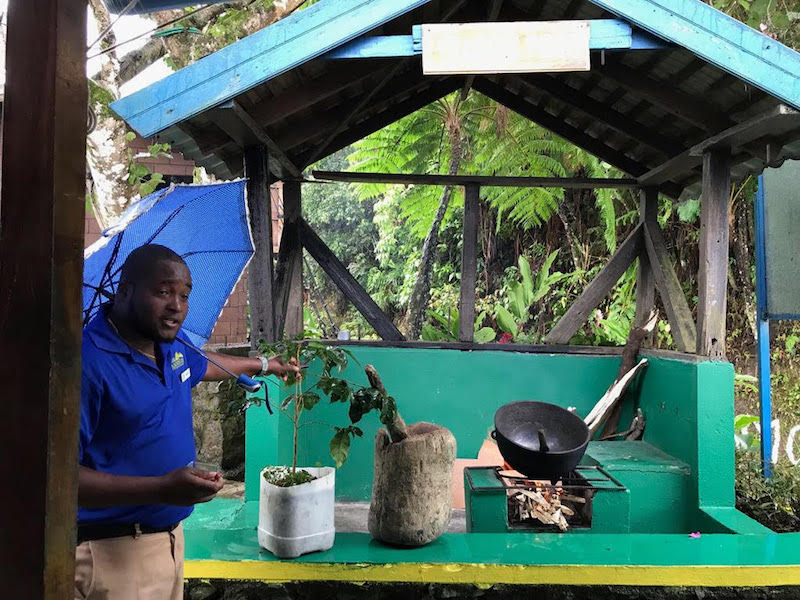 Unfortunately we weren't really able to see much into the distance because of the
mist that had settled amongst the peaks and valleys, normally on a clear day you can
see the outline of the Cuban coast which is 210km away, but maybe it was actually a
good thing that we couldn't feel exactly how high up we were since we were biking
down the side of a mountain on a very wet and very slippery road, which we shared
with the local traffic. We had guides with us directing traffic but it was still a bit
nervewracking! 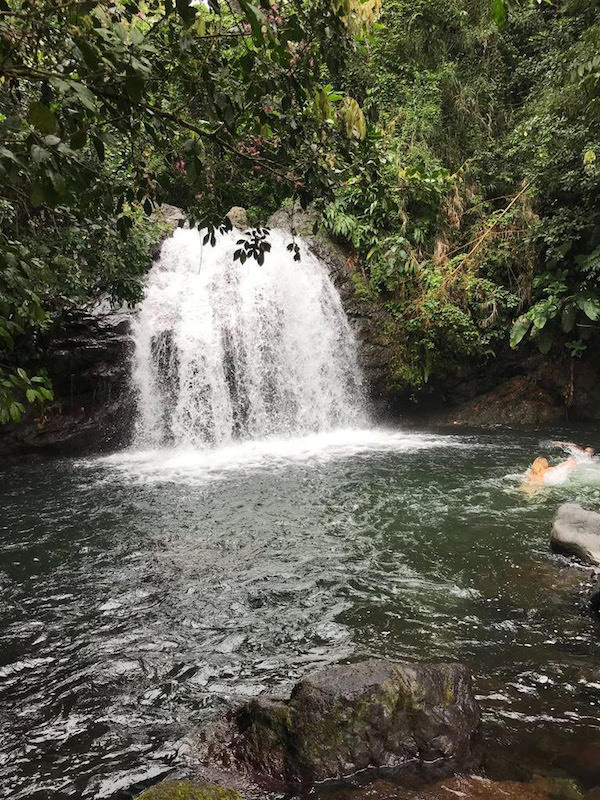 Every once and awhile we were able to stop and our guides would point out coffee
farms in the distance. The air was so fresh and everything was green. It was really
amazing to see first hand where coffee grows – and at what altitudes! It really gives
you a perspective on the distance coffee travels to get to your cup. 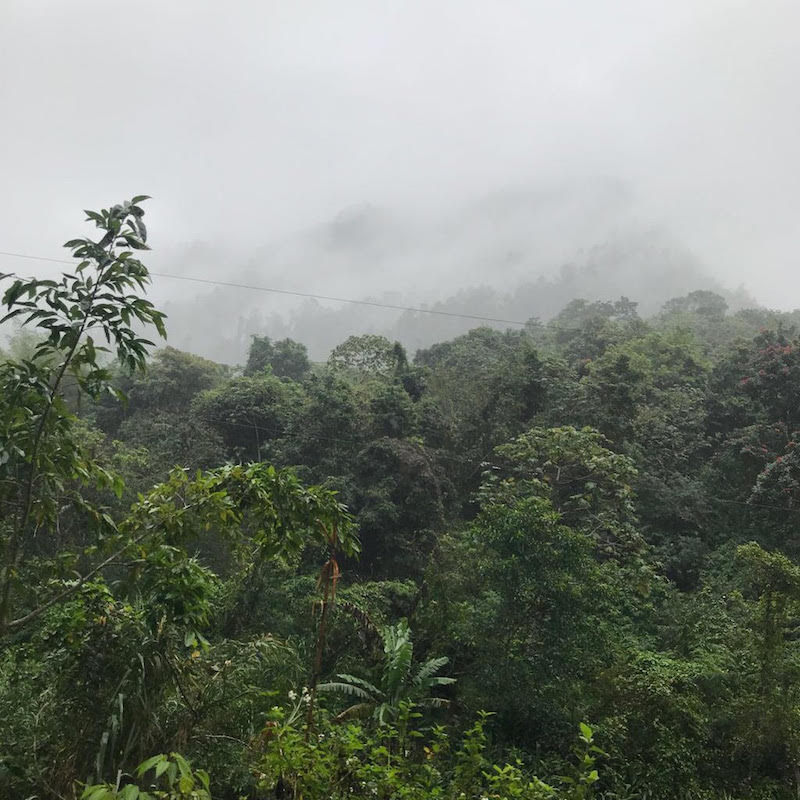 Unfortunately we didn’t have a chance to go to an actual coffee farm, we did have
another roadside stop where we were shown some coffee trees and given a short
talk about the local coffee culture (how important the coffee is for the local
economy, and how the coffee is usually roasted locally on open fires) I picked a ripe
cherry from the tree and picked it apart to see the two "beans" inside, and I ate the
pulp – yum! The coffee cherry is a very lightly flavoured sweet fruit. There were
some coffee blossoms on the tree as well and they smelled just like jasmine!

After our bike tour we were given lunch and some hot coffee which was definitely
needed after such a cold rainy day, we had one final stop at a beautiful waterfall
where we got to go swimming – and then I won a beer drinking contest – but that's
another story! 😉